Last week we embarked upon a blog series on How to Sell Your Book, focused on advertising. To recap, unless you are a household name like JK Rowling or Stephen King, you NEED advertising. If you don’t perpetually put your works in front of your potential readers, you’ll get pushed to the side. In today’s installment of How to Sell Your Book, we will talk about fans. The people that love your work. The ones that will, in the future, buy every single one of your books in the future and enjoy them. 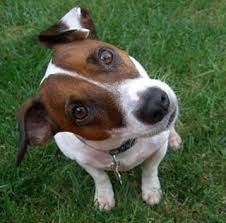 When you begin you’re writing career, you suffer from an affliction some call DontKnowMeOsis. This is evidenced by the fact that when you push your first title to KDP, it will likely show little in sales and slide every gracefully into Amazon’s Millionaire’s Club. It’s patently obvious – no one knows who you are. People can’t buy your book if they’ve never heard of you. Nick Stephenson describes this as performing for an empty hall. What can be further disenchanting is if you think the cure is writing more books?

Writing more books is critical to an author’s career, yes, but this won’t, by itself, bring you fans.

That’s why you need to build a mailing list. The joke is that you need to start that yesterday. A collection of people that like your work, a list of emails YOU own (not Amazon, not Facebook) is one of the most prized assets a writer can accrue. And it takes time. When you are three months out from your next release, it can be taxing to realize you can’t grow that list fast enough!

Assuming you’re sold on the value of having a list of fans, the next question often becomes: where do you find these fans?

Makes sense. If you couldn’t find these people when it was time to sell a book, how can you find them and convince them to join a list?

To entice someone to signup for your newsletter you need to give away something for free. Ideally this would be a sample of your writing similar to your published works. A short story prequel to the first novel of a series would be a prime candidate. 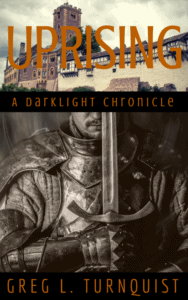 If you have already published a novel, adding a page right after the end of that story with a link to a sign up page including a promise of a free short story is a golden opportunity. You can put something like “Want to find out what Jimmy actually DID in Vegas? Join my mailing list and find out, for FREE”) This will certainly start slow, but pitching every single person that reads your book cover to cover will curate some solid fans for sure.

You can also put the very same short story (sometimes called a “reader magnet”) out on Amazon and then get Amazon to make it permafree. Inside the e-book, be sure to include a link at the beginning and the end taking them to your signup page, indicating they’ll get a SECOND goody, absolutely free.

And yes, I said a second free e-book. You want to make it well worth the person’s time to sign up for your list. Two free e-books in the same genre that you write not only is incredible value to the person, but it also shows off your work. (Hence, the magnets SHOULD be well edited and have crips, genre-specific covers.)

Additional opportunities include using plugins to create a subscription pop-up as well as a link at the bottom of your email signature.

The last way to find fans, and that has TURBOCHARGED MY GROWTH has been cross promotions with other authors. A bunch of authors team up, preferably from the same genre, and pool their reader magnets into a list. Everyone broadcasts it to their list and social media channels. It’s not as slimy as asking someone to sign up for your own list. You get to say “Like fantasy? Here are thirty free fantasy stories you can download!” with yours somewhere on the list. The synergistic effect of 20 OTHER authors sharing your magnet with 10,000 people or more is incredible! I went from 260 people accumulated over two years to almost 800 in just three months. Book Funnel is a service that includes cross promotions in their platform, something I would highly recommend.

Once you have a pipeline toward finding fans, your next step is retaining them!

One of the worst things you can do is build a list of email addresses of people that have no interest in your work. Also, people that aren’t interested in reading, writing reviews, or possibly helping with future launches in any way. What’s the point of them using up space on your list (especially if you have so many you are paying your list provider?) 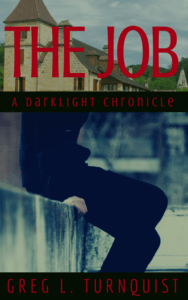 The very first message you want to send out includes the link to the freebie book. If it’s possible to subscribe without getting ANYTHING, your first message should be the first magnet. In my case, The Job: A Darklight Chronicle is my hook toward signing up. Depending on how sign up, you may/may not already have it. To cover all bases, I send an email message including a download link.

The second message you want to send includes the OTHER freebie. I send out a copy of Uprising: A Darklight Chronicle, explaining that THIS e-book is found nowhere else on the interwebs. This should increase the value. A book that can’t be found ANYWHERE else creates urgency and desire.

The third message can include a reminder to snag these other books. Remember, you’re not only looking for fans, you’re grooming them to be look for emails, not forget about you.

The fourth message is when you can pitch your current book. That could be the first book of a series or your latest. You choose. But this is the first time you will be actually asking someone to BUY something. By now, they will have received two free e-books, or have departed. Either way, it’s OKAY to pitch something.

The fifth and final message I suggest is to ask them to join your  “street team“. Your street team is a collection of fans that are willing to read advanced reader copies (ARCs) of your NEXT novel, before it’s released, in order to snag early reviews. The hook is that ARCs are free. Your street team, in exchange for donating their time to read and consider writing a review, should get an ARC for free. Finding a team of a few hundred fans that will write a review for your next books is worth much more than whatever dollars you lost.

Book reviews on Amazon and other platforms elevate your book by giving shoppers social proof that your book is worth buying, and building a team of people to give you reviews in essential.

Bonus emails: I also have an additional sixth message in my funnel. To further grow my fanbase, I took details about the main character and created a PDF. It also includes pictures of the character extracted from a Pinterest board. It gives people on the list extra motivation to stay. I also have a secondary autoresponder. It detects anybody that actually clicks on the Amazon link to my novel found the fourth message, asking them to consider writing a review.

Sharing upcoming works with your fans

So after setting all this up, what do you with your list of fans? Quite naturally you ALERT them to new releases! As your launch day approaches for your next novel, start sending a series of emails. Alert them that something new is coming soon. Send them an opening chapter in advance to whet their appetites. Share the cover to build anticipation.

Make it VALUABLE to be a member of your list. You see, if you just send out a message saying “buy my book” on the day it’s visible on Amazon, you are cheapening things. These people have spent time reading past works, possibly wrote reviews, and hung on through past emails. Reward their loyalty by giving them early access. The people on your street team, give them the most “inside” stuff.

If you have access to reviews, you can include some of that in your launch emails. And because Amazon now prefers trends over sudden spikes, if your list is big enough, consider splitting up your list and sending your message to the first fifth on Monday, the second fifth on Tuesday, etc.

We can also discuss more about leveraging your list during launches in future posts in this series. The important thing is, if Amazon is gone tomorrow, if Facebook and Twitter are gone tomorrow, having a list of dedicate fans that YOU own and that YOU control is always a good idea and not something to take lightly.

Stay tuned for my next post in this series and happy writing!