The Job: A Darklight Chronicle

What if a pickpocket had a change of heart?

Snitch earned her name thieving on the medieval streets of Kelmar. Growing up in a world over a thousand years after technology, she and her partner decide to knock over a pawn shop in the dead of night.

What happens when everything goes wrong? Enjoy the excerpt from this prequel to Greg’s portal fantasy…

“I liked this. Not verbose. Told simply and well.” 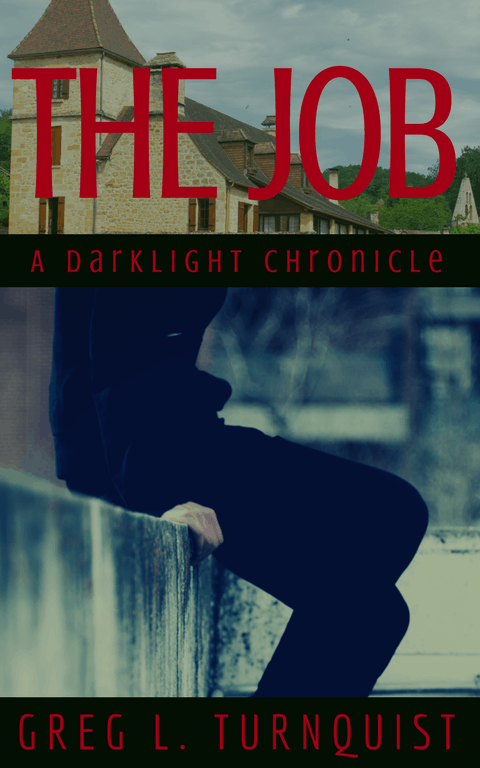 “Are you ready?” Snitch tilted her head toward her partner, raising a brow in his direction.

James nodded. “You scoped this out, right?” The corner of his mouth twitched. Seated on a crate across from her, he rubbed shaking hands over his pant legs.

Snitch’s lips curled upward. The darkness the alley afforded at night comforted her. James wouldn’t be able to see the lines of her face in the dimness. Did he know her well enough to sense how much she enjoyed meeting in this fashion?

“Three times over the past couple weeks,” she said. “In fact, I watched the shop yesterday. Just one watchman. And he’s all yours.” Snitch met James’ eyes across the darkened space.

And before her eyes, everything about him calmed. His shoulders relaxed and his hands stilled.

The shorthand she and James had developed made for a tight bond. Their ability to read each other was crucial.

Snitch did the same. Just another day at the office.

Taking up step behind Snitch, James’ steady presence stayed with her. They tiptoed through back alleys. This neighborhood was perfect. It had been easier to roam these streets before Melicose overtook the existing government and rose to power. Still, there were enough back routes to avoid armed patrols.

One saving grace of this new overlord was that shops closed earlier. Their mark may have stayed open until 9:00 or later in the past. But now closed its doors before dusk. And an extra three hours of darkness was always something to celebrate.

Brushing hands against the folds of her jacket, Snitch shook hair from her eyes. Her body kept tight to the walls. There was no moonlight and the skies were overcast, still Snitch hugged the walls. She never underestimated, there was always room for more cover, for further concealment.

The heat from James’ body radiated close behind. She allowed a smile to grace her lips. As well, his clattering feet raised the hairs on her neck. How many times had she told him to step more carefully? He had only laughed and called her paranoid.

Releasing a tense breath, she closed her eyes. Maybe he was right. He had helped her close many deals. James could move fast and make quick decisions. If she were to drop him in favor of someone else, she might find it to be a little shortsighted.

Moving again, Snitch rounded the corner. The rear entrance of the fledgling pawn shop was in sight. Apparently, the business owners invested more in the front. Customers were drawn into the front. But for Snitch, the back told her everything. Unlit, no security patrols…the place was vulnerable in all the right places.

Lengthening her steps toward the exposed exterior, she examined the backdoor. And could not help the smile that crossed her features. All that stood between them and their bounty was a nice, big lock with no plate shielding the bolt.

She reached into an inner pocket and pulled out a slim dagger and a wire. Best lock picking kit she had put together. Holding the bolt with the dagger, her other hand jiggled the wire.

Snitch let out a sigh. Could it be that easy?

Get a FREE copy of this short story set in the medieval world of Darklight.