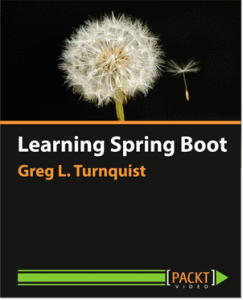 I’ve spent the last few days building the app I will use in the new Learning Spring Boot video. I was able to actually move quickly thanks to the power of Spring Boot, Spring Data, and some other features I’ll dive into in more detail in the video itself.

It’s really fun to sit down and BUILD an application with Spring Boot. The Spring Framework has always been fun to develop apps. But Spring Boot takes that fun and excitement to a whole new level. The hardest part was saying, “this is all I need. This covers the case” and stopping. While I have it mostly in place. Just a few bits left.

Having been inspired a couple years ago by this hilarious clip, I sought the most visually stunning and audacious demo I could think of: snapping a picture and uploading for others to see.

I created one based on Spring Data REST for various conferences and eventually turned it into a scaleable microservice based solution. (See my videos on the side bar for examples of that!) That was really cool and showed how far you could get with a domain model definition. But that path isn’t the best route for this video. So I am starting over.

Once again, I take the same concept, but rebuild it from scratch using the same focus I used in writing the original Learning Spring Boot book. Take the most often used bits of Spring (Spring MVC, Spring Data, and Spring Security), and show how Spring Boot accelerates the developer experience while prepping you for Real World ops.

I have chatted with many people including those within my own company, and those outside. They have all given me a consistent message: it helped them with some of the most common situations they face on a daily basis. That’s what I was shooting for!  Hopefully, this time around I can trek along the same critical path but cover ground that was missed last time. And also prune out things that turned out to be mistakes. (e.g. This time around, I’m not spending as time on JavaScript.)

Now it’s time to knuckle down and lay out the scripts and start recording video. That part will be new ground. I have recorded screencasts and webinars. But not on this scale. I hope to build the best video for all my readers (and soon to be viewers).