Looking for magic in all the right places

Having three kids, all six and under, I get pelted with all kinds of kid’s shows. Today, my youngest was having his milk while sitting in his seat, watching Sofia the First. I was working on the sofa, but somehow digested the whole episode. 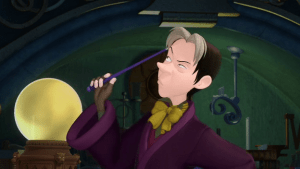 What caught my fancy was how my fantasy-writing nature digested all of the magical rules this episode put forth. The often bumbling royal sorcerer (Mr. Cedric) was forced to save the magic school from some pranksters, but was stuck in a spell that bound him and his hands to a chair. He couldn’t wave his wand and hence cast no spell.

Observing this hard magical rule of their universe, made me start mentally flipping through other magical systems, and seeing if I could spot their rules, and decide whether or not I liked them. Feels like a way to objectively look at my own magic systems and see if there are any big gaps to address. 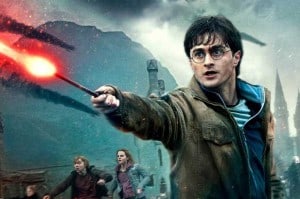 The first thing that came to mind is Harry Potter. I read the first book and have seen all the movies. (I promise I’ll circle back and read the other books at some time). Harry Potter appears to be a wand-only environment as well. One of the first spells you see (in the movies anyway) is Expelliarmus, the one that knocks your opponent’s wand out of their hand. More advanced casters actually manage to catch the wand.

I know what you’re thinking. What about potions and scrolls? Okay, those also exist. But it appears that in these systems, you can NOT do a spell all by your lonesome. You need a medium to help you.

Which brings me to my third example. Doctor Strange. As a big time collector from long ago, I am quite familiar with their system of magic. And it is QUITE different. Instead of being wand-only, they have different levels of magic. They tap magical energy from themselves, the surrounding universe, and the most powerful ones, from other dimensional entities. I have really enjoyed the conflicts and challenges this system posed. In one issue, all the “good” entities cash in, demanding Doctor Strange come to serve in exchange for having let him use their energy.

If you are going to write fantasy and have magic, you must put time and thought into it. If it’s a cornerstone of your novel (and they often are), five minutes of thought won’t cut it. But don’t view it as laborious and tortuous. Instead, the more time you invest, the better it will arise and bear fruit. I find much excitement when members of my critique group pelt me with questions.