What do you do when you’re traveling to Germany in two weeks?

At Pivotal I work on the Spring Data team, and our fearless leader is having us all converge in Berlin in just two weeks.

Short of being über awesome, what do you do? Well, considering I’ve studied German off and on since high school, I thought it time to get back into my tools to freshen up my speaking.

For starters, need to use this cue card to remember when to say “bitte”! Heh, that’s a joke. You throw it out about every 3-4 sentences, because it means EVERYTHING. 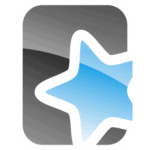 But seriously, my favorite app is Anki. To call it a “flashcard app” is a gross understatement. This app uses “spaced repetition”, a concept going back at least to the 1930s from Professor C. A. Mace.

Spaced repetition takes a deck of cards, and as you answer each one, it polls you on whether you did/didn’t know it. Cards you knew are delayed as to when they show up again. Cards you didn’t are reviewed sooner.

There are all kinds of studies backing up the efficacy of such study techniques. In fact you can spend hundreds of dollars on language learning courses based on this. Or you can do what I did (cue dramatic music leading into next section.) 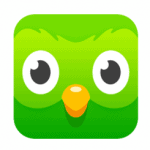 I learned of DuoLingo.com back in 2013, when one of my teammates started tweeting about learning Spanish. Digging in, I found a really cool website/iPhone app that had free, 5-minute lessons on many languages including German.

It was nothing short of awesome. Each lesson is concentrated. I enjoyed how many verbs I could still conjugate even after being away from German for twenty years.

Then a major breakthrough – after learning of Anki, I discovered someone had built a deck out of DuoLingo and shared it with the community. 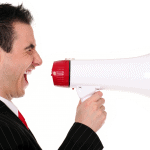 If that wasn’t enough, just this week someone launched a German JVM Slack group. Duh! Who wouldn’t sign up for that?

To wrap things up, I find myself roaming around doing chores or work, mumbling little phrases in German. I have written my high school German teacher. And I’ve heckled my teammates.

It’s going to be awesome!